If you prove the dangers of your own gun law. 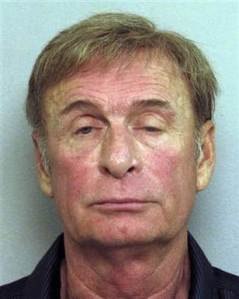 To be filed under big surprise, ABC news reports that Tennessee Rep. Curry Todd (R), the co-sponsor of  a law that made it legal to carry firearms into bars, has been charged with DWI and possession of a handgun while under the influence.

Todd cited personal safety as the main impetus for the bill when he explained his position last year to the New York Times:

“Folks were being robbed, assaulted — it was becoming an issue of personal safety…The police aren’t going to be able to protect you. They’re going to be checking out the crime scene after you and your family’s been shot or injured or assaulted or raped.”

While this may or may not be true, one certainty that cannot be debated is that a man like Curry Todd (see photo) who has been drinking for five hours at Houlihans in the middle of a Karaoke set* won’t be much help either.  In fact, he has a better chance of shooting himself in the foot a la Plaxico Burress than taking down a rapist or robber.

Just like most things GOP, the real motivation for this bill was selfish.  Todd wanted to bring his gun to the bar.  I can’t think of a single situation where a potentially intoxicated individual can be of any use at a bar with a fire arm.  And in the ultimate irony of all, the bill’s own author has proven how dangerous this law is. Truth be told, the only thing more scary than a drunken driver, is an armed drunken driver.

*the evening’s events have been speculated, but just look at him — can’t you picture it?

Dissecting and editorializing the "news" of the Grand Old Party. END_OF_DOCUMENT_TOKEN_TO_BE_REPLACED
This entry was posted on Thursday, October 13th, 2011 at 7:55 am and posted in Uncategorized. You can follow any responses to this entry through the RSS 2.0 feed.
« If your tax policy is a catchphrase.
If you reap what you sow. »